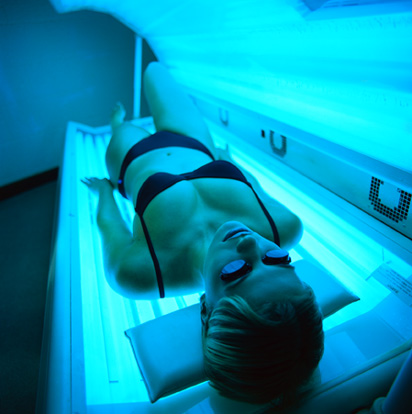 Prior to the 20th century tanned skin was associated with the underprivileged class. It was easy to spot who worked in the fields. Well-off Caucasians spent much of their time indoors. Wide-brimmed hats were worn outdoors to avoid altering their pale, nearly translucent skin.

By the mid-1920s everything had changed. The poor now largely worked indoors. Leaders in fashion like Coco Chanel and Vogue magazine succeeded in glamourizing the look of bronzed skin.

Medical quackery convinced the public that the sun had a healing effect on the body. A tanned physique was now associated with good health. Pale individuals were perceived as sickly looking and weak.

Through modern science we now recognize tanning for what it really is: a sign of skin damage. Skin cells that have been compromised by UV rays produce more pigment, achieving a darker skin tone.

Old perceptions persist. Many still associate tanned skin with good health. They are attracted to the allure of tanned skin due to cultural conditioning yet probably aren’t aware of the root of their preferences.

The tanning bed business is a very profitable one. Marketers know that as long as pop culture icons are tanned, the public will feel compelled to live up to this standard of beauty. Even those well aware of the skin damage caused by tanning beds ignore the “dark side” because arbitrary fashions often trump health concerns.