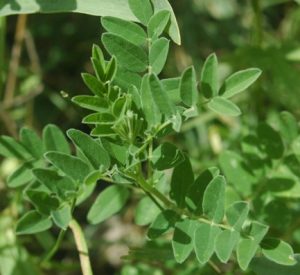 The science behind telomeres is fast becoming a pop culture phenomenon. Just about anyone interested in anti-aging interventions has heard about its effect on aging. People with longer telomeres are said to look and feel younger, regardless of biological age.

A few years ago resveratrol was the talk of the town. However, when new research showed that resveratrol does more to improve quality of life than extend life span, the hype died down. The anti-aging community soon after found its new saviour.

Coaxing telomerase into lengthening telomeres is the new hope for longer human lives.

It turns out that humans do have a built-in mechanism to control the process of aging. The passage of time along with poor lifestyle choices wears down telomeres. The function of telomerase is to rebuild the tips of the DNA. The problem lies in the fact it can’t keep up with the damage. No matter how carefully you follow the direction of your doctor, eat right and exercise, the gradual decline of your genetic code persists. Mutations give us age spots, sagging skin and weaker organs. When our telomeres get too short, we die.

Despite the lack of funding, a small group of biotech laboratories are working around the clock to find out what substances can lengthen telomeres. Companies such as Sierra Sciences in Reno, Nevada use sophisticated robots to test compounds. Their goal is find something that can effectively halt the aging process. So far the best compound they have found has reached 15.89% of this target.

As the public, we have no idea what has been tested so far and what hasn’t. What we do know is an herb popularly used as complementary medicine is among the top performers; it’s called astragalus. The plant was known by the ancient Chinese to have a positive effect on the immune system. How interesting that all these years later, there is evidence to show they were right.

So does this news make astragalus the new super supplement every health-conscious person over 30 needs to take? Scientists are in disagreement.

One camp, including nobel prize winner Elizabeth Blackburn, feels that there isn’t enough data in place to suggest astragalus can extend life in humans. More testing and clinical trials need to be done before it can be responsibly recommended. This is of course the default position of scientists: one of scepticism.

The other camp, including Sierra Sciences founder Bill Andrews, feels that being overly conservative can cost us years of life that could otherwise be saved. Although there isn’t conclusive evidence that astragalus based supplements like TA-65 work, we’ve got a pretty good hunch based on sound research. The only way you’d be able to tell if astragalus worked is if it was given to a large group of people from middle age to death. Tests of that magnitude aren’t realistic so we could be waiting for the data Blackburn speaks of indefinitely. 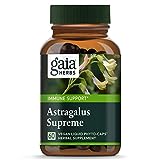 It is important to note that run of the mill astragalus supplements don’t have much ability to extend telomeres, if any. The compounds that work are rare portions extracted from the plant: astragaloside IV or better yet cycloastragenol. Some readily available supplements have traces of astragaloside IV, check the label. Keep in mind that such tiny dosages won’t do much good. The only products with promise are cycloastragenol from RevGenetics and TA-65 from TA Sciences.

Prices are shocking to the casual supplement-popper, so chances are most will be waiting on the wings until more studies are published and more options are available.